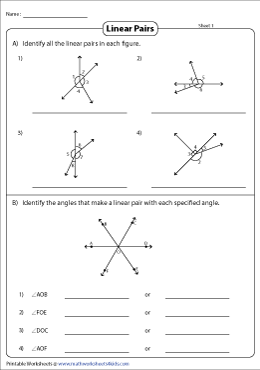 In mathematics, a straight line is formed by two adjacent angles. In this case, these angles are called “linear pairs” because they have a common vertex and side. However, there are other types of adjacent angles, such as supplementary angles. Listed below are the common types of angles. If you can’t figure out what they are, try asking your teacher or tutor. Once you have an idea of what they are, you can determine whether they’re adjacent or not.

Linear pairs are adjacent angles with opposite rays